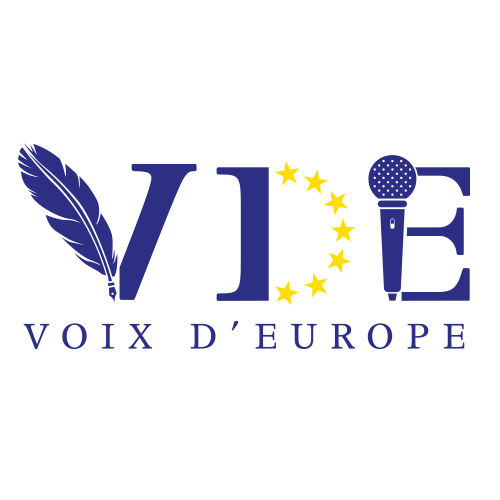 On 22 October 2020, the Polish Constitutional Court, very tightly controlled by the conservative party, handed down a ruling prohibiting abortion in the case of foetal malformation which represented, in 2019, 98% of the 1,100 legal abortions recorded in Poland. This decision threw tens of thousands of opponents into the streets in the centre of Warsaw, a mobilization that the Polish capital had not experienced for a long time.

Since 1993, Poland has had one of the strictest legal frameworks in terms of abortion in Europe. The law only allows abortion in three cases: risk to the mother’s health and life, foetus malformation or serious pathology and pregnancy resulting from rape or incest. Andrzej Duda, member of the conservative party « Law and Justice » (PiS) close to the Catholic Church, coming into power in 2015, created a favourable political environment for the hardening of this already very restrictive law.

The Constitutional Court decision results, in fact, in almost total deprivation for Polish women to access abortion. According to some NGOs, nearly 200,000 polish women abort every year, either abroad or clandestinely, putting their lives and health at high risk.

However, given the scale of protests, the implementation of this decision has been suspended on the 4th of November. President Andrzej Duda proposed a new bill introducing distinctions between types of fetal anomalies. Only would the possibility of aborting in case of an “unsustainable foetus” be retained, without allowing abortion for other disabilities such as Dawn Syndrome, for example. This proposal has been strongly criticized by both the opposition and the ultra-Conservatives. Between a progressive youth and the conservatives, a cultural war is raging and will be difficult to temper in a country where more than 90% of the population declares to be Catholic.

The European Parliament and the European Equality Commissioner, Helena Dalli, have strongly condemned the Polish Constitutional Court’s decision and view it as a regression of women’s sexual and reproductive rights.

Since 2015, the European Union has launched a series of legal procedures against Poland as a result of its societal reforms and expressed concerns about the Polish Constitutional Court’s independence and legitimacy.

Said procedures were launched on the ground that the country’s decision led to a risk of « serious violations » of EU values, and may lead to sanctions including the suspension of the country’s right to vote at the European Union Council. Yet, they have proved ineffective so far. Indeed, from a strict law point of view, the European Union does not have jurisdiction regarding abortion rights, since this question is rules by each Member state who has complete sovereignty on the matter. In this power struggle between progressives and conservatives regarding the abortion, the European Commission remains legally powerless.

However, the European Union can act by challenging the legality of the Polish Constitutional Court’s decisions and its independence from power. On 5th November, the European Parliament and the Member States, all reunited at the EU Council, decided to oppose the «illiberal» drift of some countries such as Poland or Hungary, and agreed on a mechanism that will create, a systematic link between access to European funding and respect of the rule of law.

This very concept, enshrined in Article 2 of the Treaty on European Union, aims at ensuring that the Member States’ authorities act in conformity with the values of democracy and fundamental rights which include, among others, the prohibition of executive power’s arbitrary exercise and the effective legal protection of citizens ensured by an independent and impartial jurisdiction.

This correlation between European financing and respect of the rule of law was contested by Poland and Hungary and gave rise to a power struggle between these two countries and the EU while adopting the €750 billion European Recovery Plan to support Member States during and after the Covid-19 health crisis. This resulted in Poland and Hungary blocking its adoption for many months. Poland, particularly affected by the crisis from an economic point of view, is set to be one of the main recipients of this recovery plan. €38 billion are destined to the country.

Warsaw considered this arrangement as an ideological fight against its values and a limitation of its national sovereignty, especially regarding this issue of abortion. This Polish veto reveals a very deep cultural disagreement and a conflicting relationship with the European project and its values from the polish right-wing but also from many other ultraconservative forces in Europe.

After several weeks of negotiations, Poland and Hungary finally lifted their veto on 9 December and the release of funds will be indeed conditioned to the respect of the rule of law. However, these two countries may refer to the European Court of Justice to challenge this mechanism’s legality. That would result in delaying its application.

Several abortion cases have already been referred to the European Court of Human Rights which has not been in any legal position to oppose the current Polish legislation, although some Commissioners consider Poland’s attitude towards abortion a violation of the rule of law.

The current pro-abortion Polish citizens’ mobilization is all the more urgent because while the Constitutional Court of Warsaw issued its decision, internationally Poland signed the «Geneva Consensus», a group of states created under the impulsion of Trump’s administration, with allies such as Brazil, Saudi Arabia, Indonesia or Hungary, to fight within the United Nations against abortion. According to this coalition, the United Nation must remove any reference to access to abortion or same-sex union as fundamental human rights. A document that has no legal basis, but that also encourages regression across the planet.

The abortion crisis in Poland has brought to the forefront the debate on human rights not only on a European but also international stage. The question arises whether the right of women, the freedom to dispose of one’s body, the right to abort and health should not be enshrined in European law as European citizens’ fundamental rights.